The YTBCs , Calyptorhynchus funereus , returned to my little block yesterday, after weeks away.

I have seen a large flock of 20+   further into the Mount Lofties during that time, but not a hint here.

Yesterday morning a small group of just 5 settled in the trees close to the house and took turns jostling each other for best spot at the water bowl.

Their low chatting sounds were interspersed with a kind of "whistle" sound; very distinctive and a real joy after the raucous Sulphur Cresteds who have been here all winter. 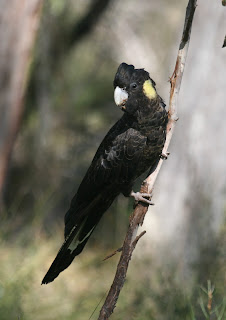 I have lots to learn about them, but tend to be more hands on than "study" so my major focus is on revegetating, hoping to ensure their food suppply here.
I have close to well over a hundred Hakea vitata  ready to plant while the soil is still damp.
I have so far removed and replanted countless standing dead ones.

I had NOT realised until very recently that they eat insect larvae and that Acacias (especially A pycnanthat here) are a major food source of galls.

Out and into it!

Herewith one of the prettiest of the wildflowers here. 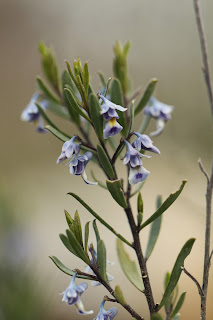 That's a big call, but it is not only pretty when you look closely, but "glows" from a distance in the winter light. 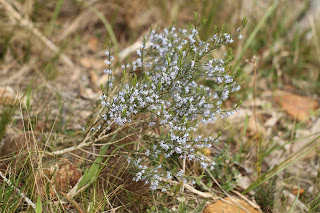 Over a year ago now, a weeding team, funded by DENR came in and removed a large patch of Erica.
It was not until THIS winter that we realised the Erica had overgrown Hybanthus.
They are now visible and flourishing in the open on very rocky ground. 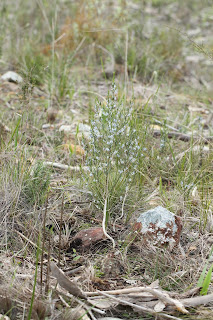 As can be seen,  they had also to contend with Watsonias, which had been poisoned something like 10 years ago by the previous owner (our son) with the help of DENR then too. 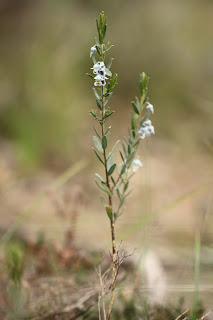 The best news; in that now-cleared area there are as many as 20 Hybanthus, some of them young seedlings and more than ever seen before on the whole of this block.

Fearing that they might now be "over-exposed" to the Summer heat, we will revegetate the area with an Hakea carinata to provide some gentle cover.

After an alarmingly dry start to the year our Year_To_Date rainfall is 255mm,

85mm of that has fallen in this last three weeks ie relatively recently, as you'd expect, it being winter here in Australia.

As a consequence not only is my rainwater tank full and overflowing (all 20,00 gallons of it) but the bush is looking beautiful
It is a joy to be out there, though cold.

The only fungus I have photographed this year has been this one. 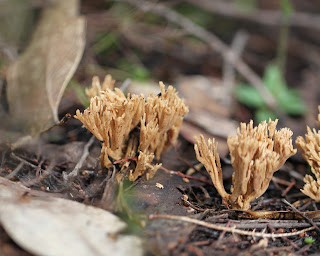 An eFriend on ipernity, champion that she is,  has offered the following ID clues;

This specimen was about 100mm at its tallest.
As I began my hunt through the old photos for clues and prior suggestions I came to morrie's blog, which speaks for itself. 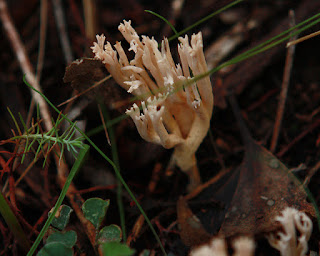 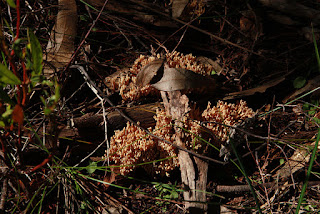 At that time, I asked for help and was told
"Start looking here ...

some species are fungal symbionts in some lichens ...    you have candlesnuff fungus, dead mans fingers or coral fungus there."

So ... as you can see, it can be tricky.
So, I went to Wikipedia
https://en.wikipedia.org/wiki/Ramaria
... and then pretty much gave up.

Well, I gave up trying to identify them, but persisted with enjoying their beauty.


In 2011, I saw this gorgeous thing, which I presume is something else again (or maybe not) but I have never seen it again. 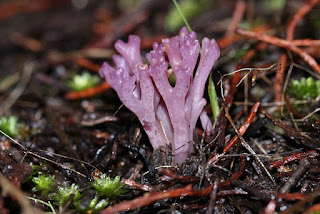 For those who are able to help with IDs or are interested in the collection of fungi I have photographed here (and elsewhere, but marked if so), then this album might be of interest.

It's the Little Things that Count


From inside the sunshine is watery ... 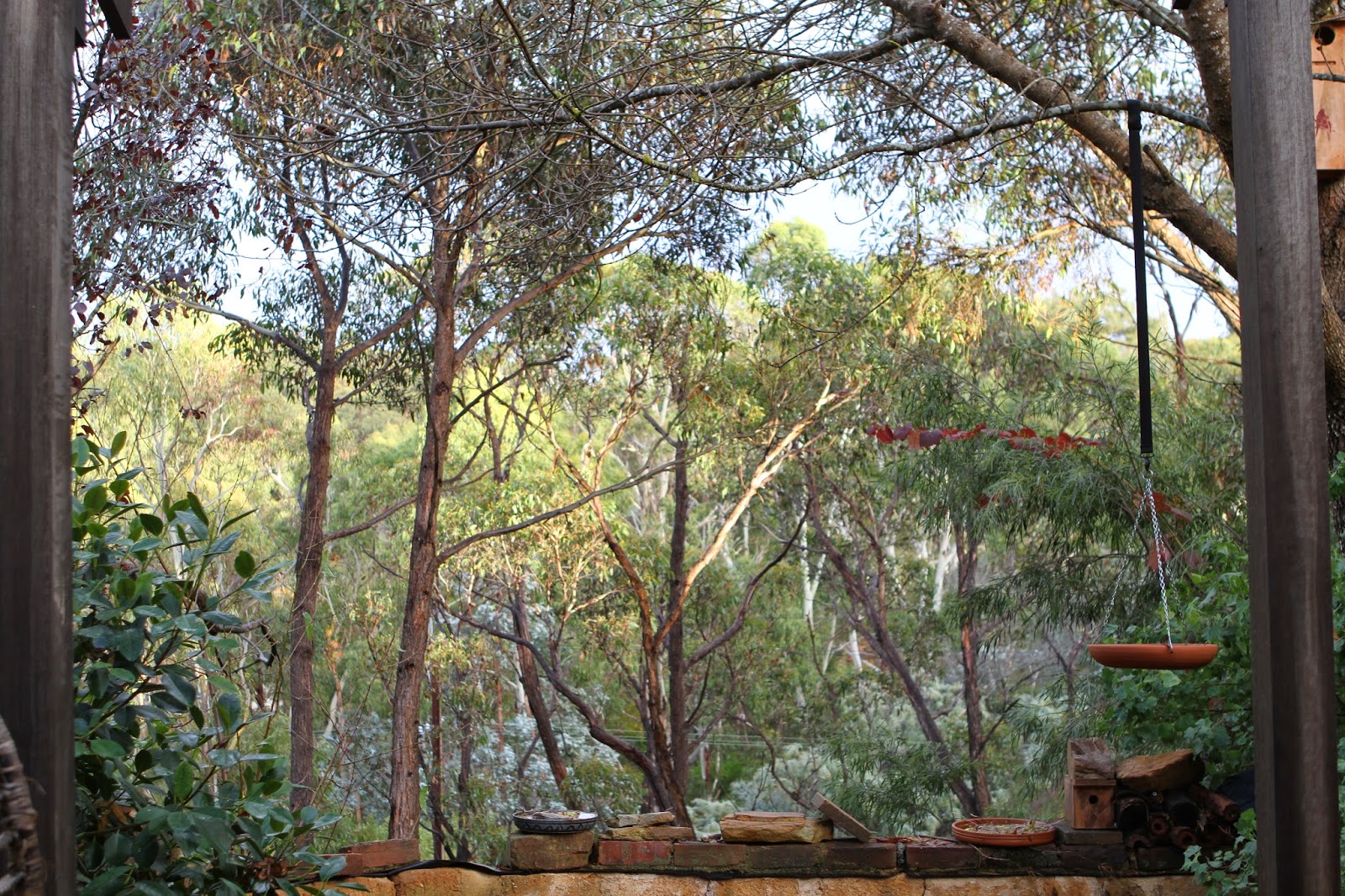 but walking, head down, the tiny things are bright in the wintery light. 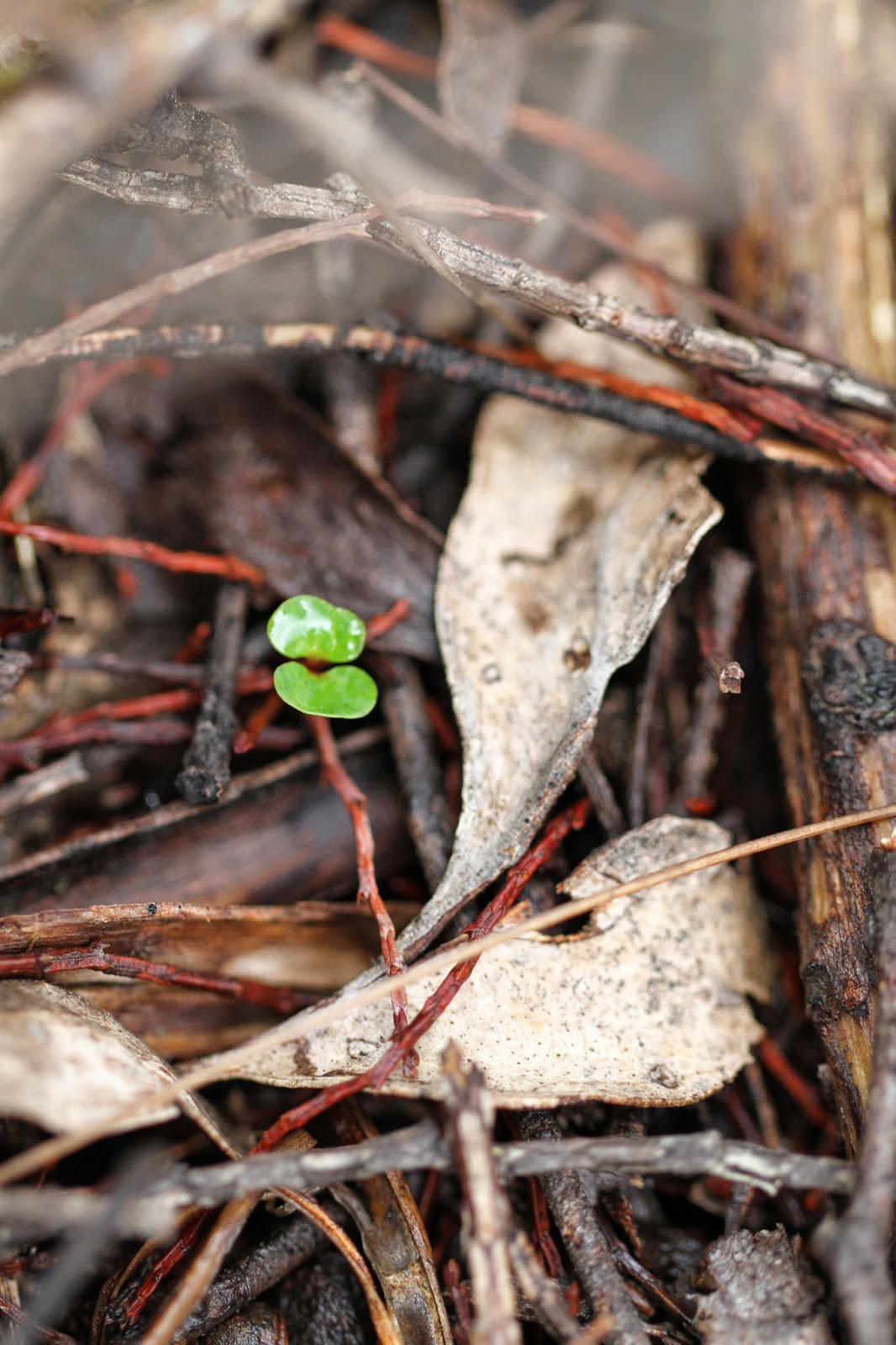 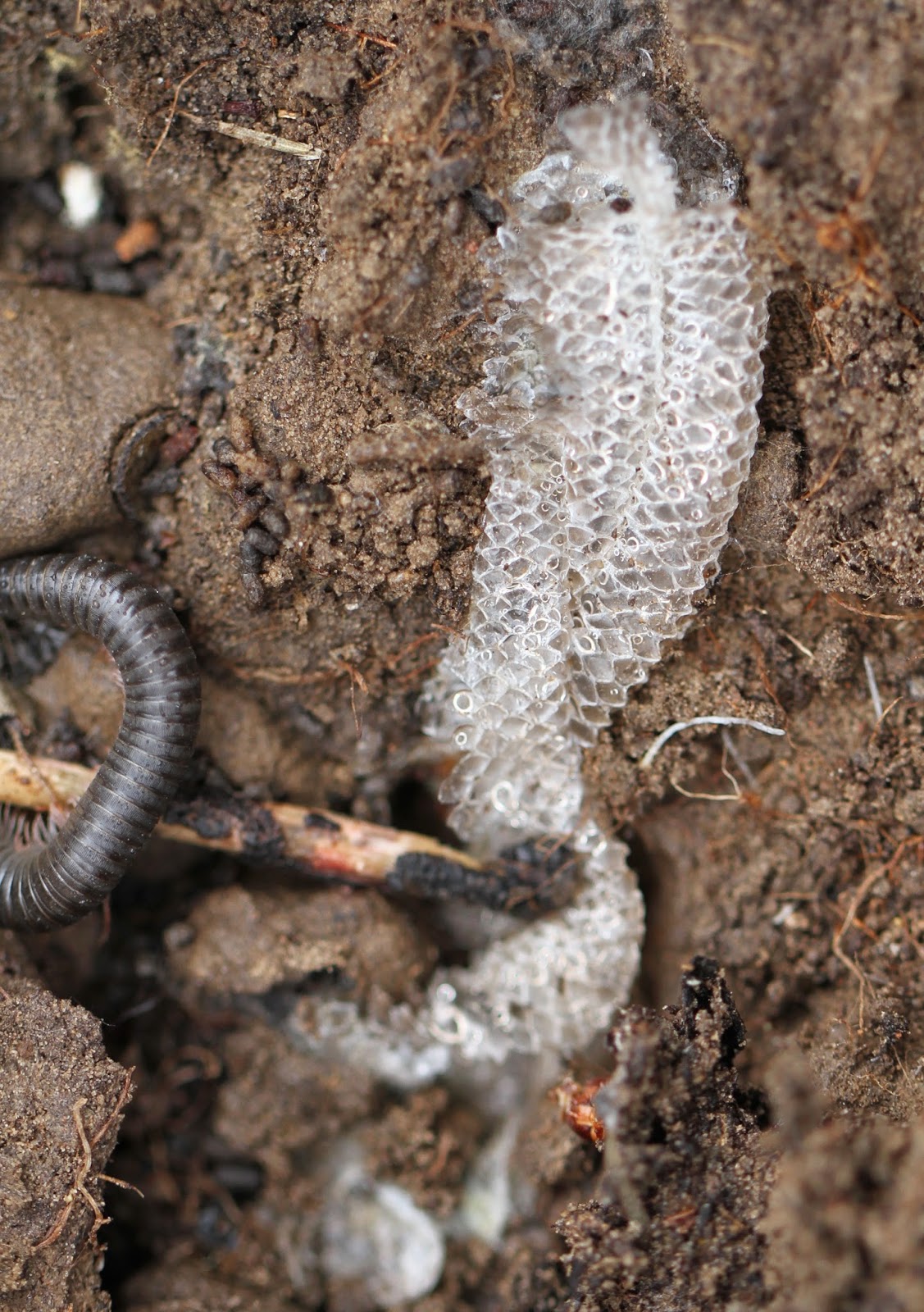 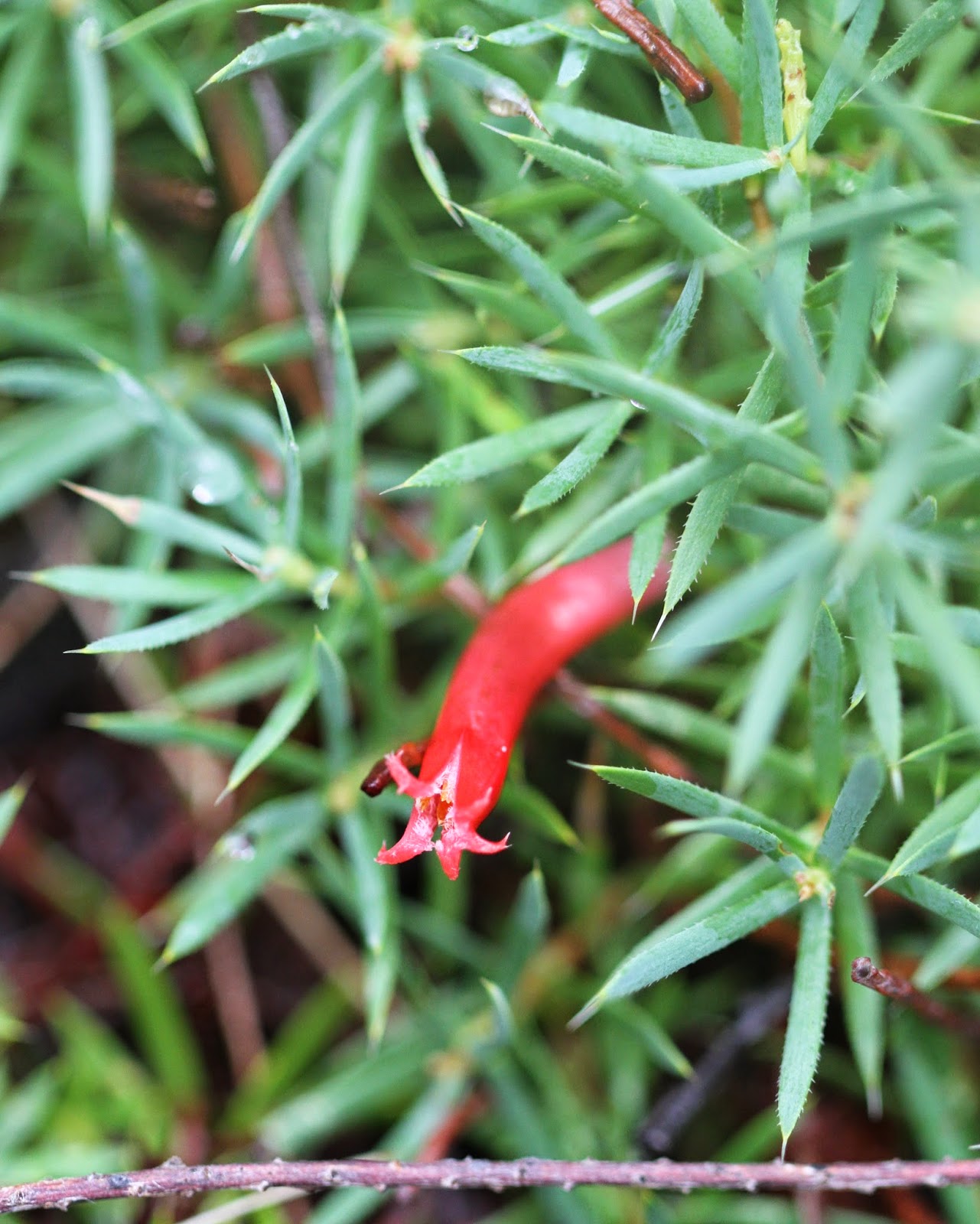 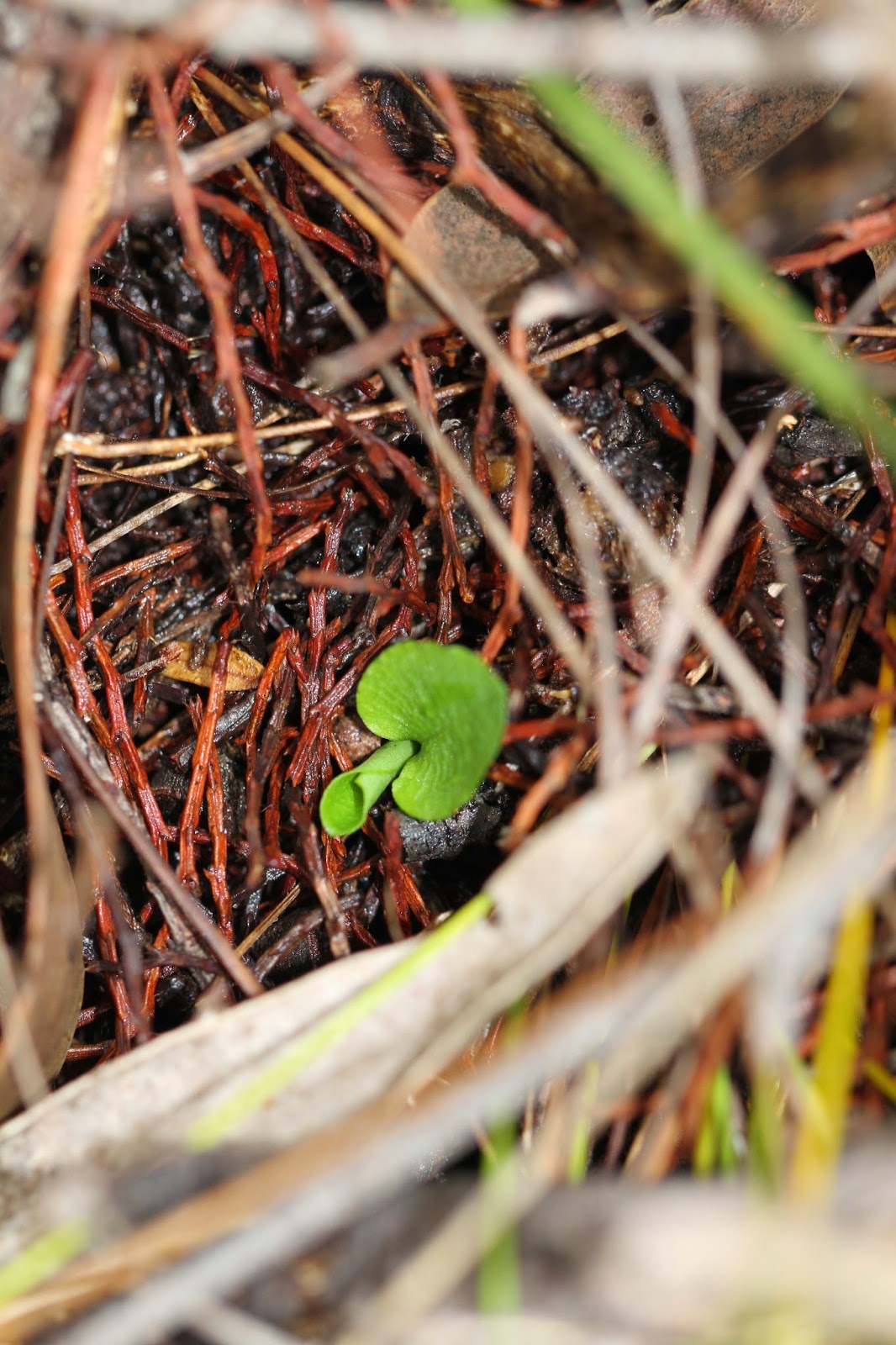 Suddenly the bush has come alive.